Your holiday in Germany

The beautiful Chiemgau is not only known for its Chiemsee and its Alps, but also for places such as Munich, Salzburg, the Berchtesgadener Land and many other excursion destinations in nature. Whether in summer or winter, whether as a couple, family or group, in Germany’s most beautiful holiday region there are fantastic excursion destinations and a lot to experience. The Herreninsel, located on the largest island of Lake Chiemsee, does not only have many hiking trails, but also the famous Castle Herrenchiemsee. The castle, built by the fairy-tale king – King Ludwig II, now houses the King Ludwig II Museum and is an impressive castle building. Nearby you will find the Augustinian Choir Lord’s Abbey. The smaller Fraueninsel, also located on the lake, is also worth a visit. Here lies the Benedictine Abbey Frauenwörth, founded in the 8th century, with its Gothic bell tower. 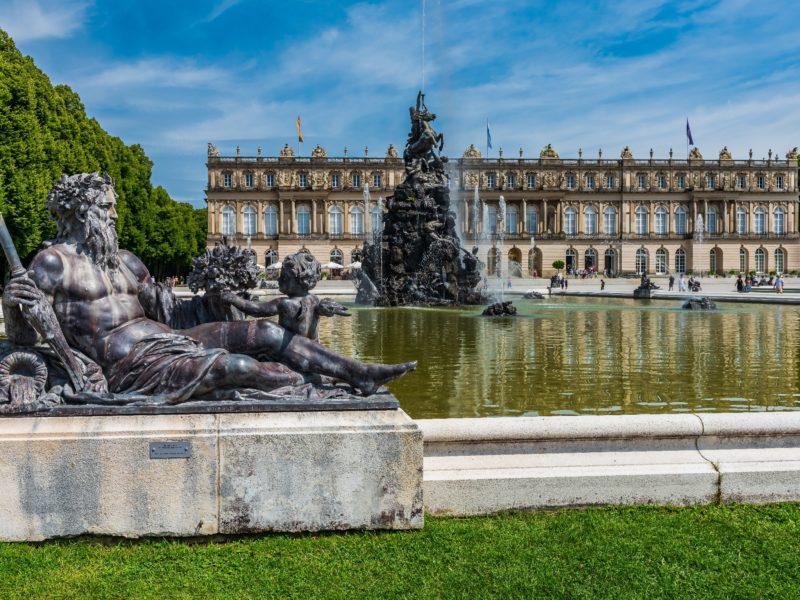 His most magnificent castle should have been Herrenchiemsee, more expensive than Linderhof and Neuschwanstein combined. When King Ludwig II died, however, it was far from finished. But even unfinished, it inspires hundreds of thousands every year. The “Bayerische Versailles” can only be reached by water. The stately staircase leads to the completed rooms upstairs, including the large mirror gallery, which becomes an annual concert hall during the Herrenchiemsee Festival. The magnificent parade bedroom is one of the other highlights of any guided tour. 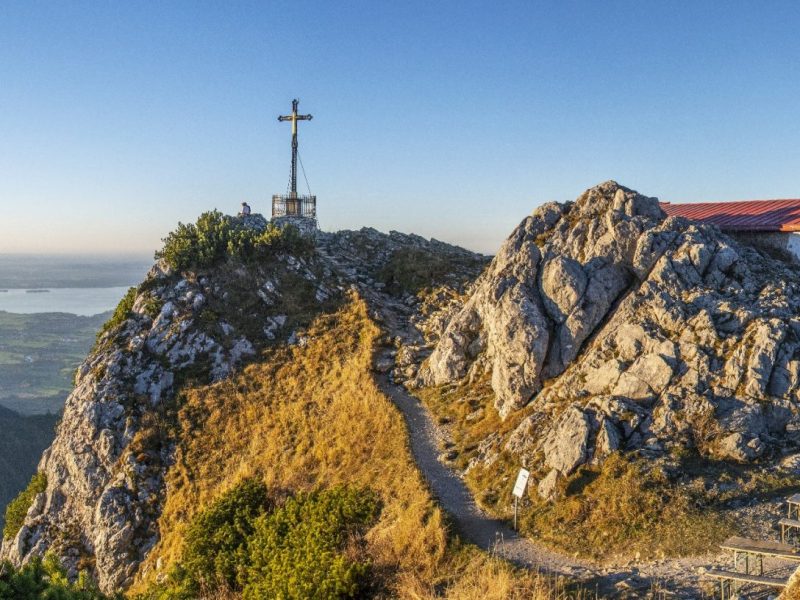 Hochfelln is the viewing terrace of the Chiemgau. Hochfelln and Hochgern, are two neighboring mountains that characterize the southeast end of Lake Chiemsee. At the top, Hochfelln enchants with far-reaching alpine pastures and meadows. Below the summit is the Bründlingalm, where you can take a break and enjoy the mountains. On the summit of the Hochfelln you have a magnificent 360 degree all-round view. From there, you will not only be able to see more than 200 peaks of the Central Alps, but also the Chiemsee – the Bavarian sea. As a mountain biker you get up by riding to the Bründlingalm and then walk the last bit, or as a hiker you can go walk the whole path by foot. You can shorten all this with the Hochfellnbahn.

The Bavarian capital is not only famous for the annual Oktoberfest, but also for its centuries-old buildings, the culture and museums. Opened in 1589, the Hofbräuhaus is a true tradition for visitors. It is not for nothing that Munich is considered the most livable city in Germany. 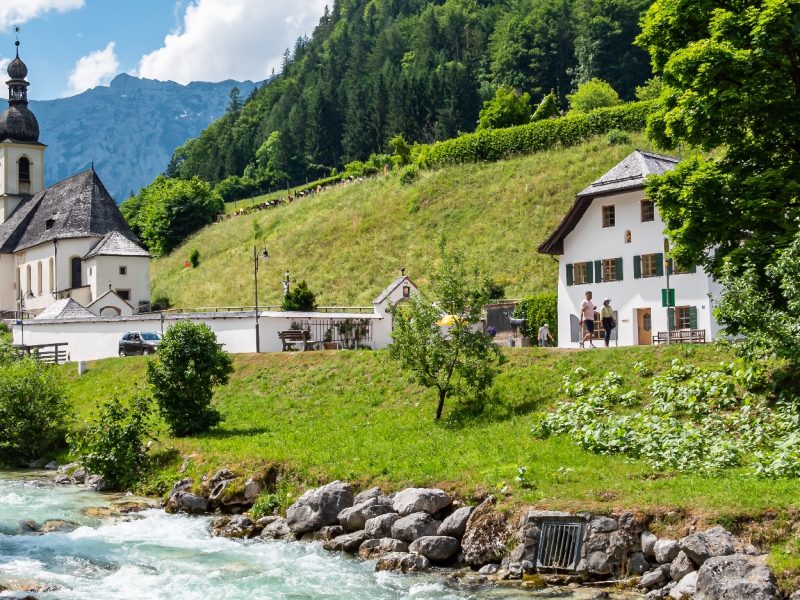 The German town on the border with Austria is not only known for its biosphere reserve, which stretches from Königssee to Watzmann, but also for its role in the Nazi era. The Museum ‘Documentation Obersalzberg’ deals with the topic ‘Führersperrgebiet’ (Hitler). South of the city is Hitler’s ‘Adlerhorst’, the guest house Kehlsteinhaus. The salt mine and the Watzmann thermal baths are also very popular. 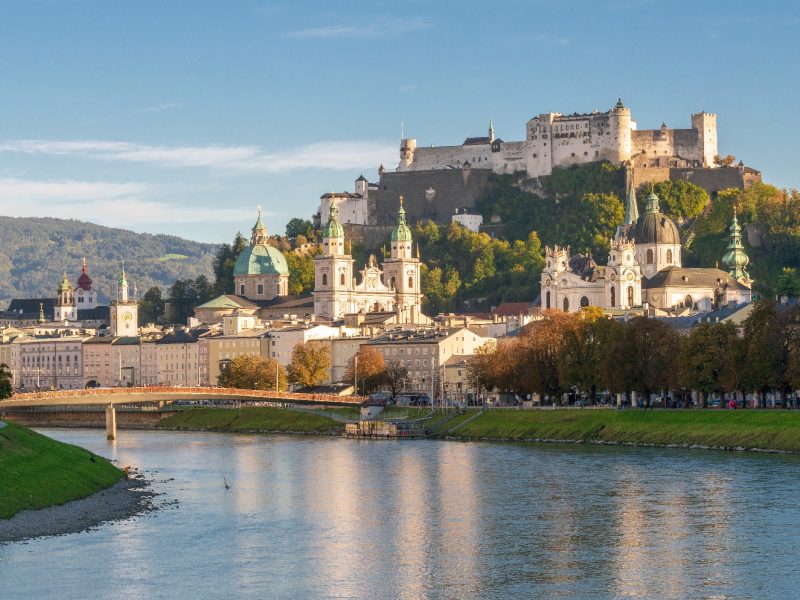 The fourth largest city of Austria is not only known for its history, but also as the birthplace of Wolfang Amadeus Mozart – which is why Salzburg is affectionately called the “Mozartcity”. The historic city centre is on the UNESCO World Heritage List and the annual Salzburg Festival has made the city of international importance. Today, Salzburg is regarded as an important trade fair and congress city. 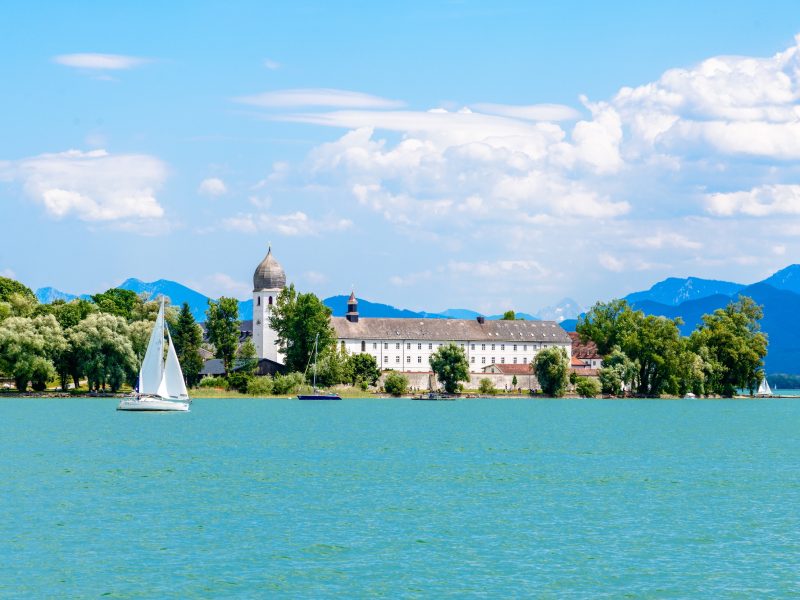 The ‘Fraueninsel’ is the second largest of the three islands in Lake Chiemsee – after Herreninsel. On the 15.5 ha large and car-free island, there are around 300 inhabitants living in 50 houses. The special island flair is based on the combination of culture, religion and tradition: in addition to traditional pottery, fishing and the Benedictine monastery, there are the picturesque and well-kept houses and gardens of the islanders, the beer gardens and the old trees with two over 1000-year-old lime trees. Small paths lead through the village and over the island. It can be circumnavigated in 20 minutes on foot and is also wheelchair accessible. More… 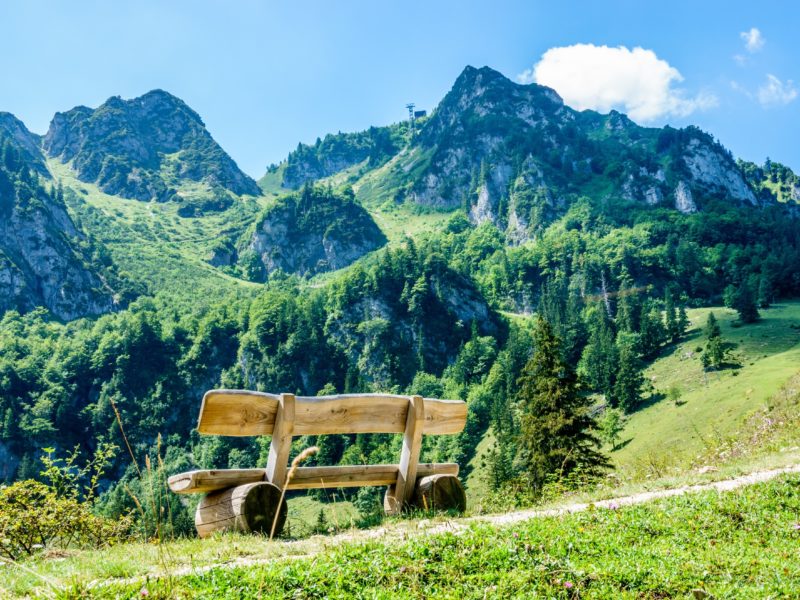 The Priener Hut is an Alpine club hut, on the west side of the Geigelstein, at 1410 m above sea level. meters above sea level. It is located in the Chiemgau Alps in the municipality of Aschau in the District of Rosenheim in Upper Bavaria. The Priener Hütte is a well-known and popular excursion destination not far from the state border Tyrol. The shelter house is open all year round and offers a welcome rest at any time of the year. Under suitable conditions, the hut path by Sachrang is cleared, so that you can climb to the hut on foot and drive off with tobogganing. The Priener Hütte is an important base for mountain climbers on major tours through the Chiemgau Alps and on the Königssee-Bodensee long-distance hiking trail, the Maximilian trail. More…

The fairytale adventure park Marquartsteininspires young and old with its diverse leisure and play possibilities. The large fairytale park awaits its guests with the most famous figures of the Brothers Grimm and kids may also discover and learn on the forest playground “Hexensteig”. A petting zoo and an adventure playground ensure an exciting day and the summer toboggan run offers you adrenalin when rushing past the other visitors. If you prefer traveling the park a little bit more relaxed, then you may use the park railway and the pedal high track “Snail Race”. In addition, other rides and many participation attractions provide fun and variety for both – young and old visitors. More…